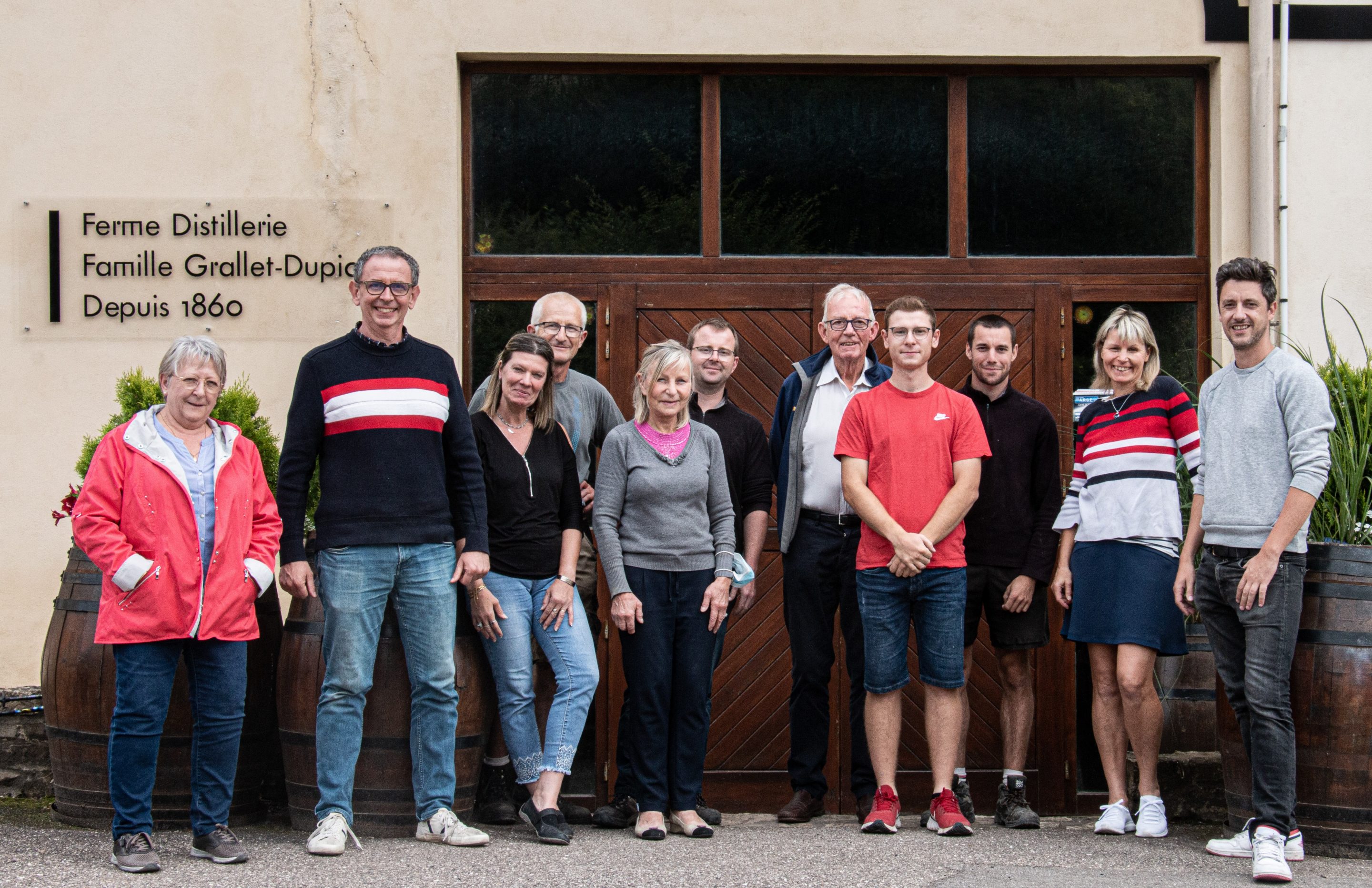 A family passion for 5 generations

In the Grallet family, history records that it was Amable Grallet and his wife Ophélie who created the tree and cereal farm in 1877. The cereal know-how of Rozelieures thus goes back to the origins of the farm.

It was not until 1890 that one of their sons, Michel Grallet, planted his first mirabelle trees. As everywhere in France, phylloxera decimated the local vineyard. It was therefore necessary to start again from scratch, or almost. This was to be the mirabelle plum. Imported into Lorraine by King René in the 15th century, the small yellow fruit has been growing strongly in the region for a few years, following a terrible winter in 1879 which wiped out the other fruit trees.

As in all the French countryside, a travelling distiller comes by every year in the middle of winter to burn a few litres of brandy for domestic consumption. It was in Lorraine, at the end of the 17th century, that the distillation of wine marc was born, but mirabelle plum brandy gradually took over at the beginning of the 20th century.

Between the two world wars, his son Jean Grallet created a real orchard and developed the distillation workshop created by his grandfather, in order to make the most of all the fruit production and to extend its activity during the winter. In 1973, Hubert Grallet, an agricultural engineer, took over the family business with his wife Anne-Marie. He bet on the yellow gold of his orchards. He brought the producers together in a cooperative and approached Rungis and the large canneries. With success !

At the same time, Hubert Grallet increased the production of eau-de-vie and began to market it in bottles to wine merchants, restaurants and delicatessens. In 1997, his daughter Sabine took over and created the Maison de la Mirabelle in 2002, with the help of her husband, Christophe Dupic. The story, still in progress, will then accelerate and take a decisive turn.

Christophe Dupic’s family is originally from Bayon, a village near Rozelieures. After graduating as an agricultural engineer and a spell in the industrial and cooperative world, the young man joined his wife on the family farm. An entrepreneur and farmer at heart, he also shares with his father-in-law a genuine interest in… whisky, an interest which leads them to travel regularly to Scotland. 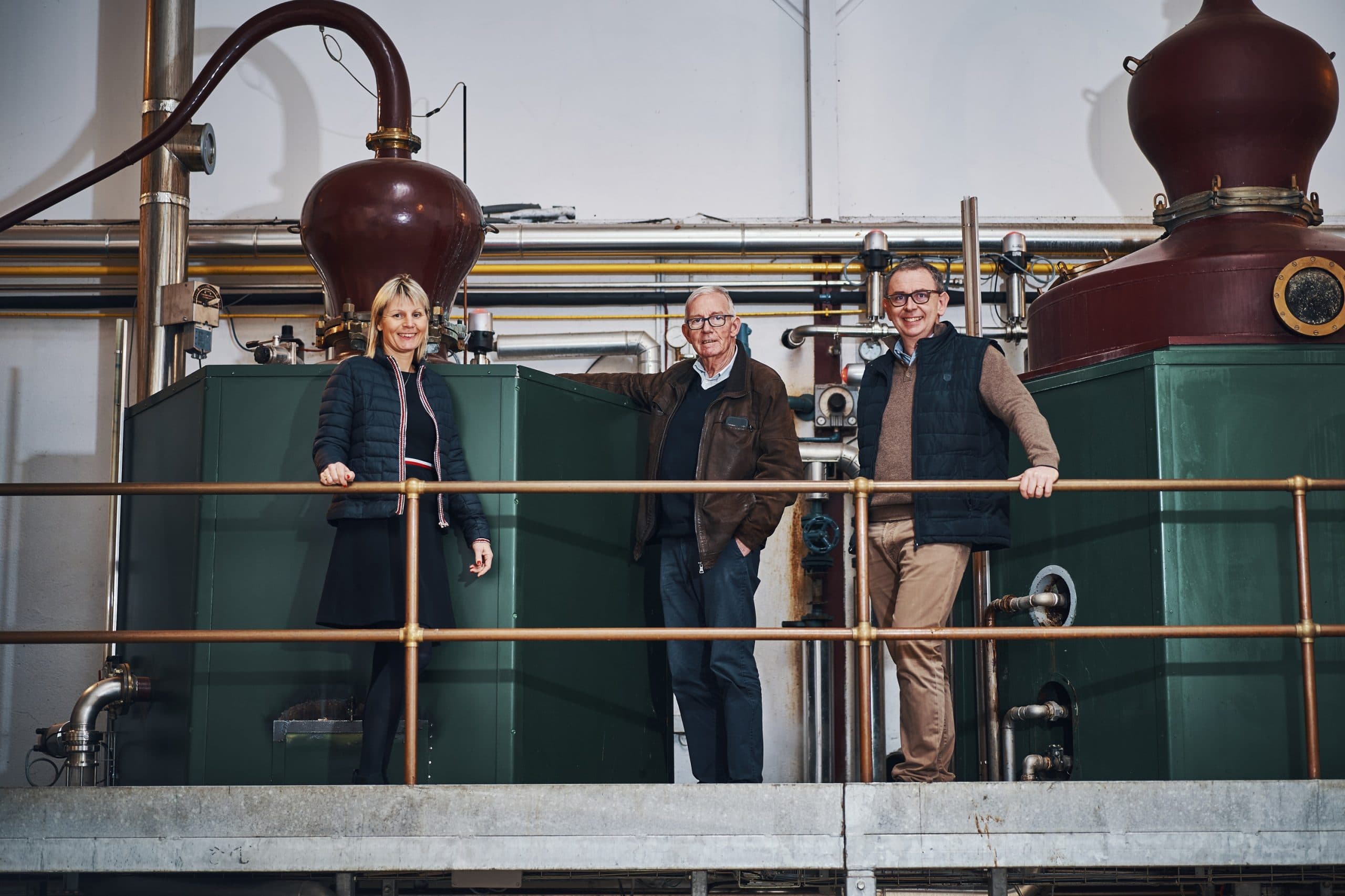 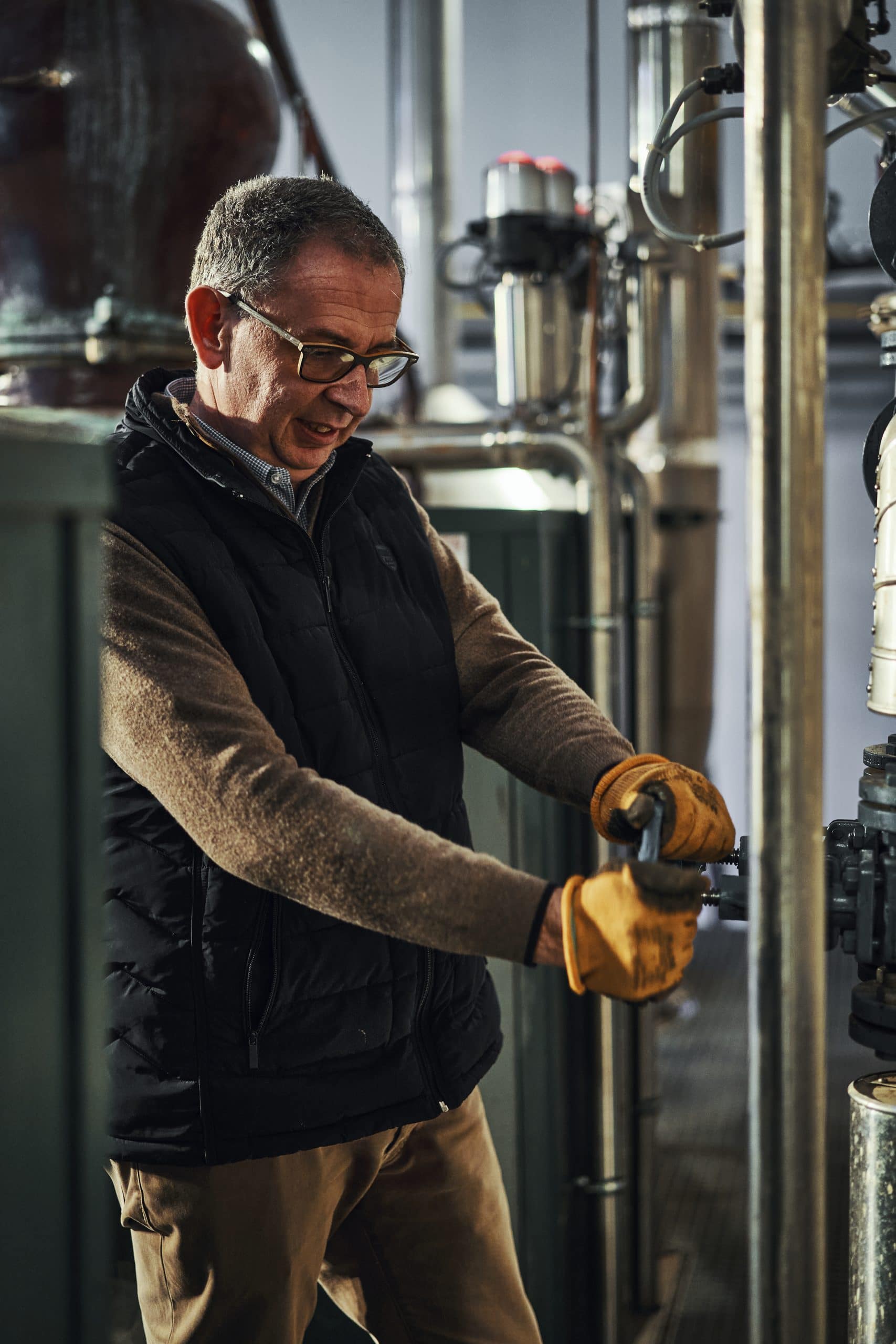 The idea of distilling whisky came to Christophe Dupic on his return from one of his trips. While harvesting a field of barley, it suddenly became clear to him that he had everything he needed to produce whisky: sufficient quality and quantity of water, an abundance of cereals, a distillery equipped with two iron stills and a long tradition of ageing in wood and blending. He immediately told his wife and father-in-law about his project.

A few glasses were enough to convince Sabine and Hubert Grallet to launch the family distillery into the adventure.